So recently I decided to give MARS a try. I used to help out with the MARS station at Camp Lejeune and aboard the USS Gunston Hall back in the mid 90’s. One of many of the requirements of operating on MARS frequencies is broadbanding my equipment. I purchased a Yaesu FT 857D in December 2010 to have a nice mobile HF/VHF rig. There is information all over the web about how to broadband this radio to enable transmit outside of the Amateur Radio bands but I never could verify any of the information as my radio seemed to have been set up different that the ones mentioned in the mods.

One mod suggested removing removing some solder jumpers that didn’t exist in my radio. Some mods mentioned using software to reconfigure the firmware of the radio to allow the mod to work. I never tried these mods in fear of bricking my still under warranty radio. After putting the mod off for a while I figured I would look back into it and see what could be done. That’s when I found this thread on (NOTE: The original post was deleted at some point in 2019 so this is a link to the post on the Internet Archive. The full sized images don’t seem to be loading but they look the same as mine below.) WorldWideDX.com . The images that they uploaded were exactly how my 857D was set up. Here is a pic of my jumpers before the mod. Click on the image to expand it. 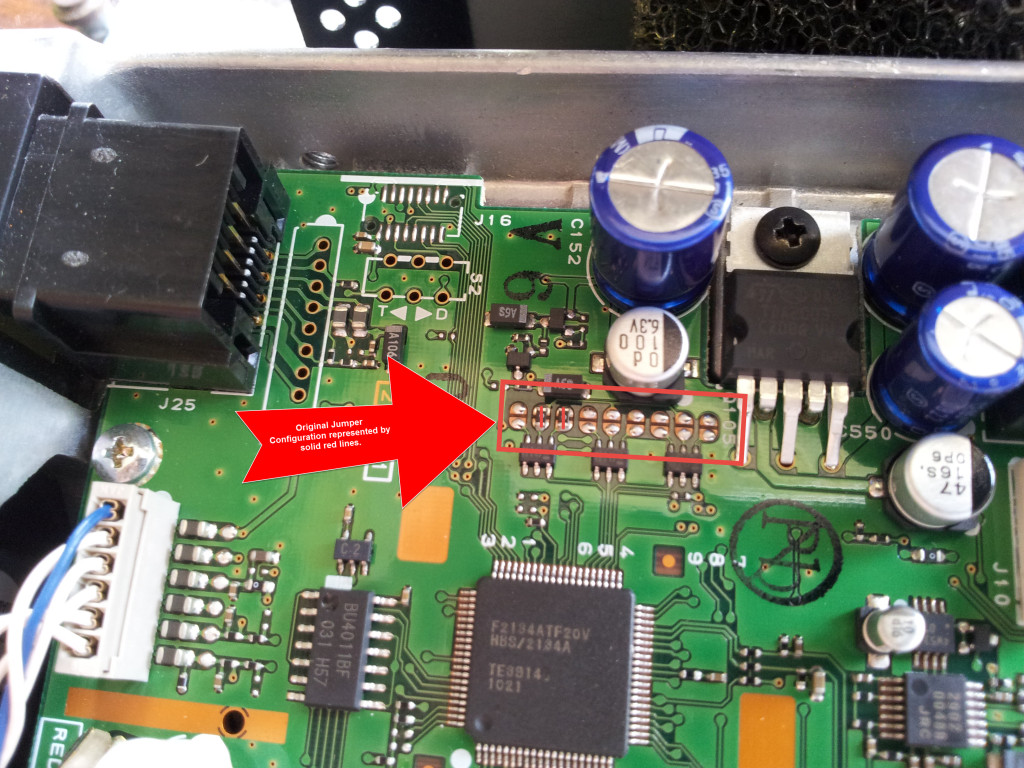 Location of Jumpers before Mod.

And here is another pic of the jumpers after completing the mod. 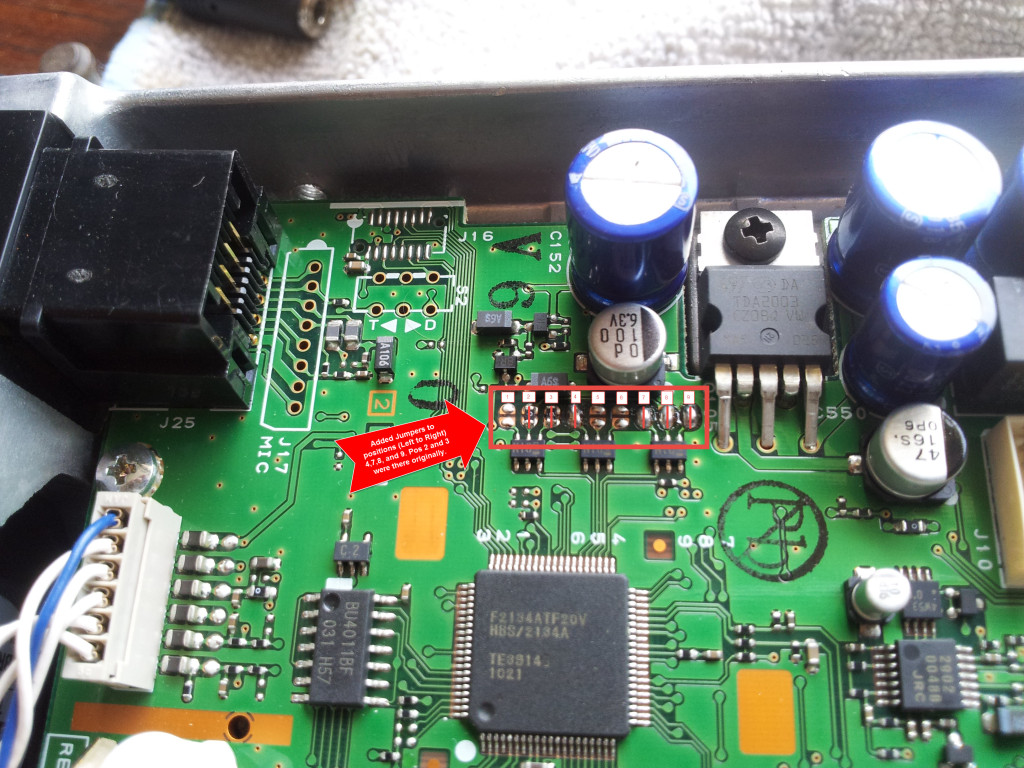 Location of Jumpers after Mod.

After completing the mod, I had to hold down the F and VM keys down while turning the radio back on. Of course this reset the radio and removed all of the memories, but I didn’t have a whole lot saved in there to begin with.

I have since tested that the radio does in fact now transmit on MARS frequencies and I don’t get that ever so annoying TX ERROR flashing message anymore.

4/4/2015 Update: I just updated the photos with info on where the original jumpers were and where my aftermod jumpers were. When I used the numbers 1-9, those are my numbers simply counting from left to right with the radio orientated the way that I have it in the pics. I have no idea what the names of those jumpers are in the schematic. As you can see from the comments below, this mod may or may not work for your particular radio. It’s been 3 years since I posted this page and it gets the most hits on my site so I hope it helps some of you out.